28 September 2022 | We are acquiring a 40 percent strategic equity holding in privately-owned Windhoek-based FlyNamibia in an investment which will accelerate Namibia’s post-pandemic recovery and drive the expansion of efficient scheduled airline services to, from and within Namibia.

Through this venture, Airlink and FlyNamibia will support Namibia’s National Transport Policy vision by providing safe, reliable, effective, efficient and affordable air transport with world-class service levels. By enhancing productivity in economic sectors and developing complementary engines of growth, it is also aligned with the Economic Advancement objectives set out under Namibia’s Harambee Prosperity Plan II for 2021-2025.

The investment, worth an undisclosed monetary sum, is underpinned by a commercial franchise agreement under which FlyNamibia will adopt Airlink’s “4Z” International Air Transport Association (IATA) designator for its ticket sales and scheduled flights, while retaining its unique corporate identity, brand and aircraft livery. It will also see FlyNamibia’s inventory attaining higher visibility and being promoted on Airlink’s computerised reservation system and on those of major foreign airlines which have partnered with Airlink.

The changes will come into effect as soon as practicable, after which all existing bookings for FlyNamibia flights will be amended at no cost or inconvenience to customers.

“Namibia is unique, not only in its natural, mineral and human wealth, but its relatively small population relative to the size of its territory. With this in mind, we will be well-placed to achieve the economies of scale to make it economically feasible to connect and serve Namibia’s smaller towns and cities with Windhoek and other regional destinations while also providing convenient and easy access to other markets around the world. This will also support our and Namibia’s shared longer-term ambition to establish Hosea Kutako International Airport as the central connecting hub and base. In doing so, we will help to make air travel and transport more efficient and enhance Namibia’s competitive position as a destination for trade and tourism,” explained Airlink Chief Executive and Managing Director, Rodger Foster. 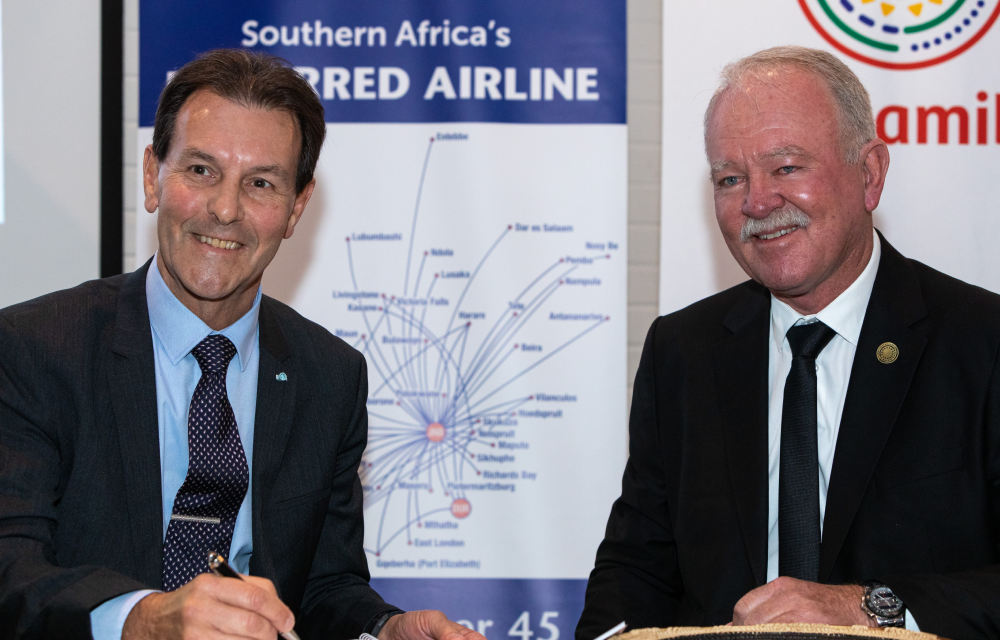 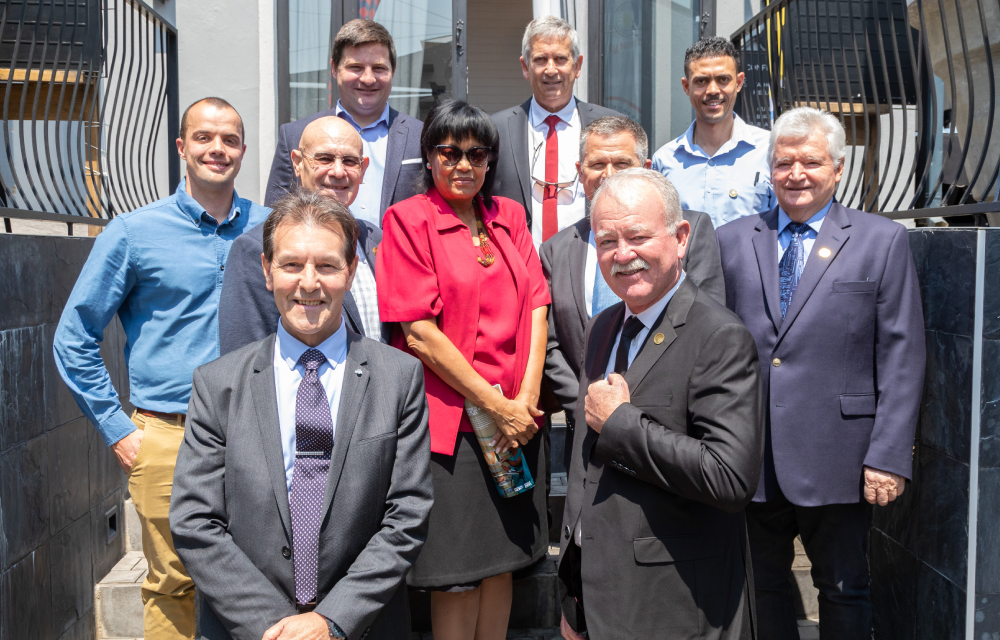 “Namibia’s economy is expanding and has the potential to grow rapidly with new off-shore drilling and mining, the resurgence in tourism and its establishment as a pioneering producer of green hydrogen for the global energy market. To realise its full economic potential, Namibia will depend increasingly upon air connectivity to move people and goods between markets. By joining hands with Airlink and becoming part of its global network, we will be even better able to serve foreign and local tourists and businesses. In addition, we will be building capacity, developing aviation skills and creating direct and indirect job opportunities,” said FlyNamibia Managing Director, Andre Compion.

From its Johannesburg hub, Airlink serves Windhoek up to four times a day and Walvis Bay daily. In addition, from Cape Town, Airlink operates up to three return flights a day to Windhoek and a daily return service to Walvis Bay.

Airlink and FlyNamibia will optimise their schedules to provide the most convenient connections between their respective flights and with long-haul inter-continental flights provided by Airlink’s other commercial partners, which include more than 20 of the world’s leading global airlines.

FlyNamibia is an independent airline providing domestic and regional flights. It began scheduled passenger operations in June 2019 after it was granted carrier status by the Namibian Transport Commission.

FlyNamibia is a division of Westair Aviation, which was established in 1967, initially as an aircraft maintenance facility, but which evolved into Namibia’s most experienced aviation company. 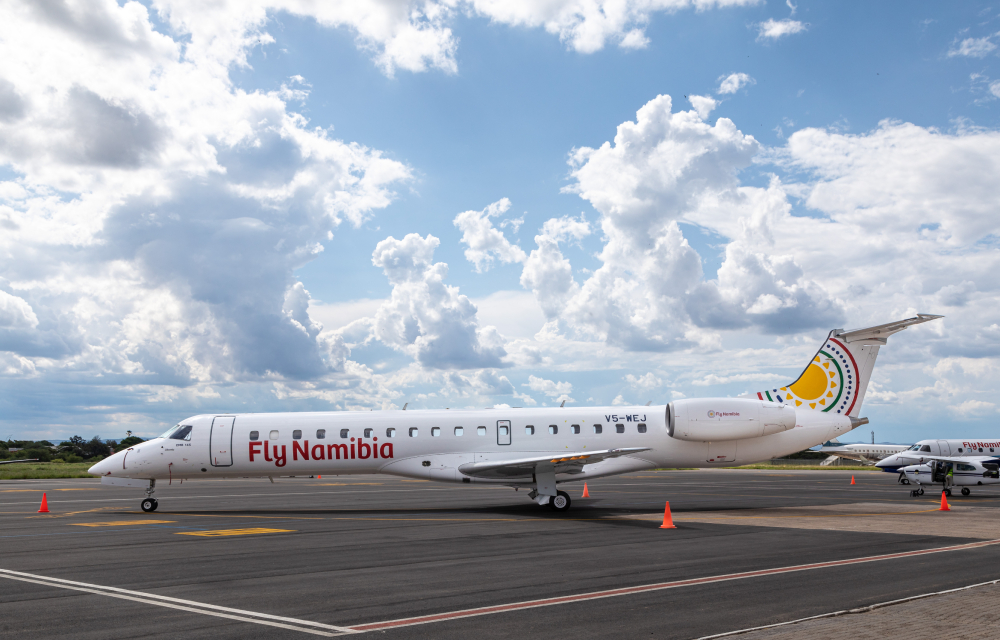 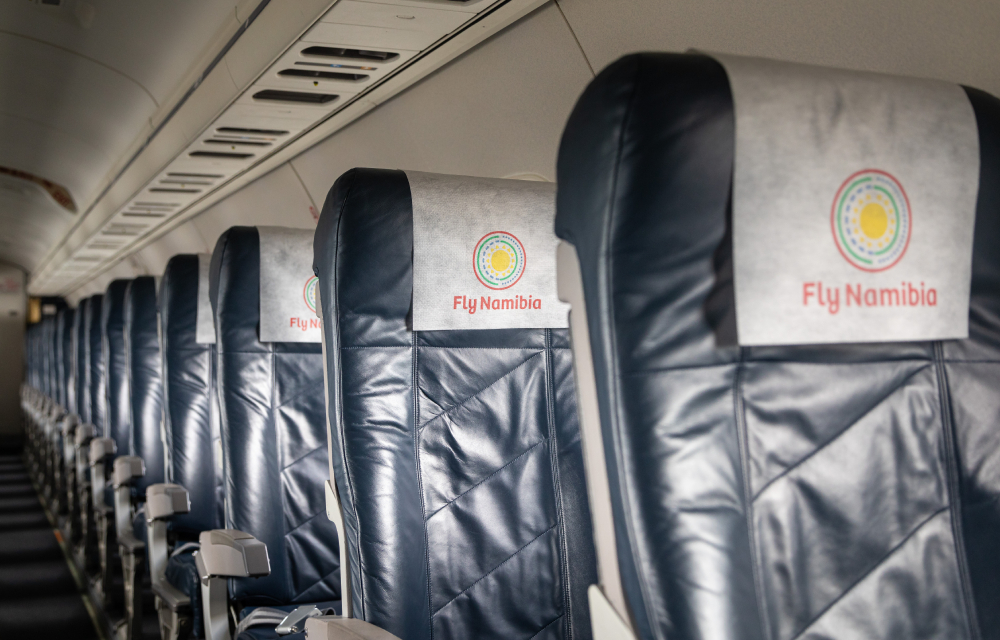 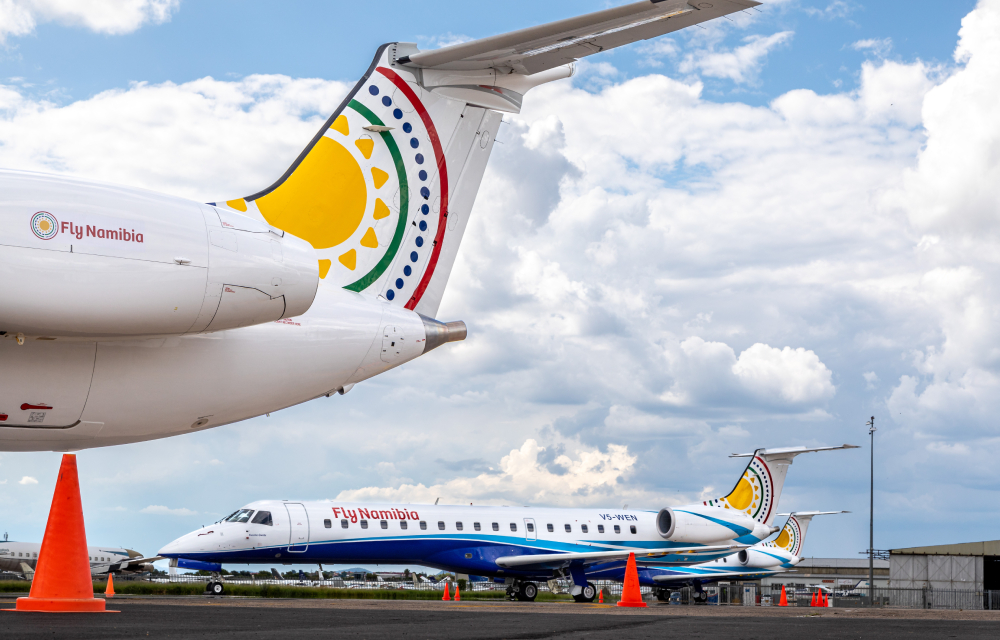