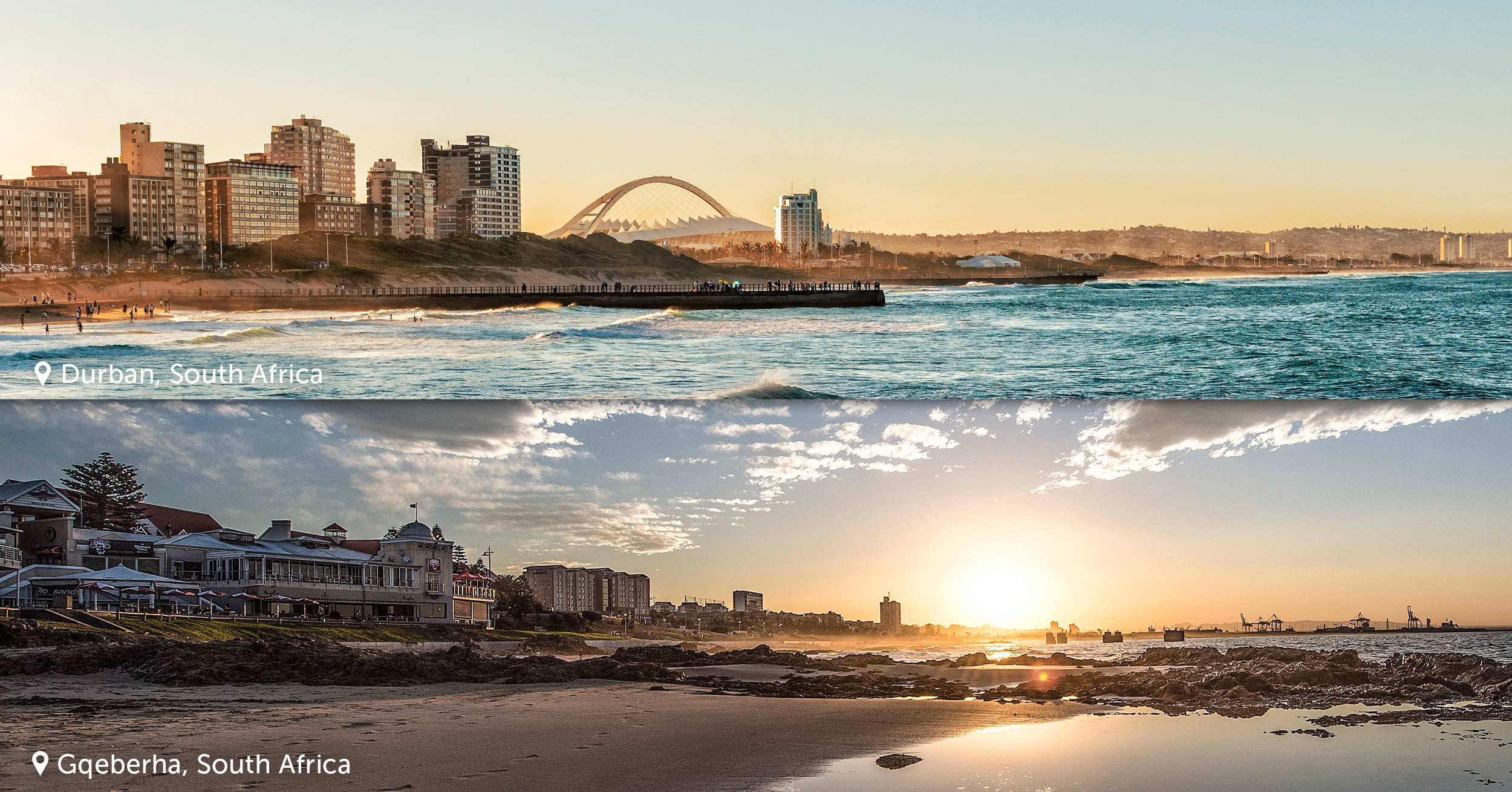 “By offering a direct service between the two coastal cities, which are also important industrial, tourism and trade nodes, Airlink is introducing competition and giving travellers more options. This latest expansion of our comprehensive route network will promote economic activity between the two metropoles and their market catchment areas. These cover the KwaZulu-Natal north and south coasts as well as Eastern Cape cities and towns such as Coega, Kariega (Uitenhage), Makanda (Grahamstown) and popular tourist destinations such as Port Alfred, Jeffrey’s Bay, Cape St Francis and the Garden Route,” said Airlink CEO and Managing Director, Rodger Foster.

This will be Airlink’s third route serving Gqeberha, it also connects the city with Johannesburg and Cape Town. Similarly, it expands Airlink’s network of destinations served from Durban, which already includes Johannesburg, Harare and Mbombela (Nelspruit).

Flights on the route will be operated by modern Embraer Regional Jets. Airlink’s great value fares include a 20kg free economy class checked-in luggage allowance plus a 15kg sporting equipment allowance. Onboard, customers are treated to a complimentary light meal, refreshments, comfort with generous leg room and a choice of aisle or window seat - Airlink aircraft do not have middle seats.

Airlink flights are scheduled to provide convenient connections with our other domestic and regional services as well as with long-haul flights provided by our constellation of global airline partners.

To plan, book and manage your Airlink journey, visit www.flyairlink.com or download the new FlyAirlink smartphone app, or contact your travel agent.

The health and safety of our customers and employees are Airlink’s primary concern. Airlink’s aircraft are equipped with High Efficiency Particulate Air Filters (HEPA), which effectively block 99.97% of particulates, including Coronavirus molecules. These HEPA filters continually sterilize the air in our cabins, which is renewed entirely every three minutes. Read more about the cabin air quality on Airlink’s Embraer Regional Jets here .

There are no restrictions on domestic travel in South Africa. International visitors should check here for South Africa’s current travel requirements.