Benefits of flying with Airlink 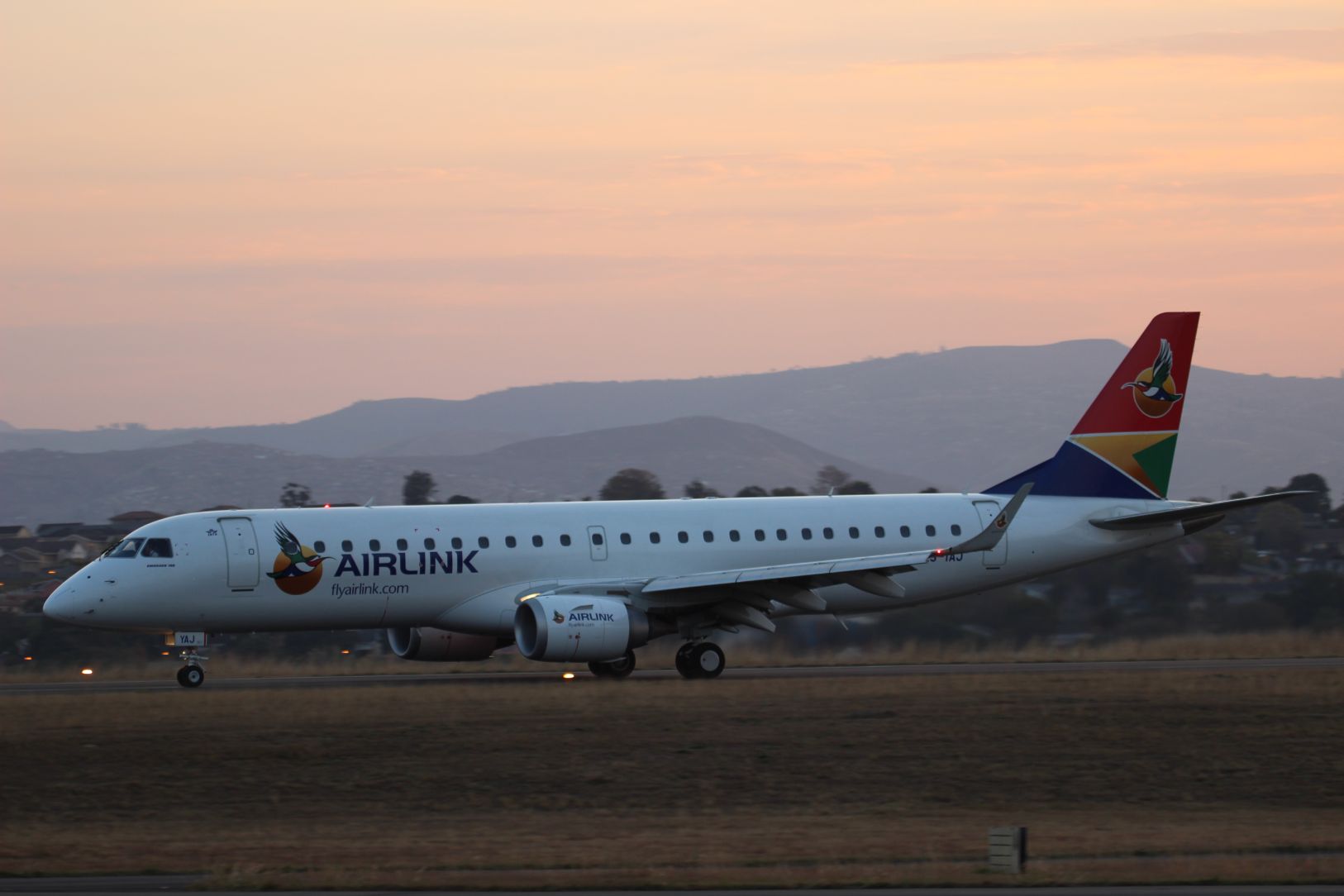 Benefits of flying with Airlink

Our Investors and Owners
We are privately owned, financially independent and not reliant on State Subvention for subsistence. This includes our 350,000 previously disadvantaged families from the Sishen, Sishen South and Thabazimbi areas.

Financial Hygiene
Airlink has been consistently and responsibly profitable during it's 27 years of operations.

Our Network and destinations – Southern Africa’s largest
Airlink is the largest regional feeder airline in our sub region, operating an extensive network of more than 55 routes which in addition to 19 South African cities and towns includes services to Namibia, Botswana, Zambia, Zimbabwe, Mozambique, Madagascar, Lesotho and Swaziland as well as to the remote island of St Helena in the South Atlantic. We have 1.9 million customers and 60 000 scheduled flights per annum. Airlink proudly has the widest network and choice of flights and offers an intra-continental styled business class on select routes and flights

Aircraft fleet and maintenance
Airlink has a fleet of 60 aircraft, 80% of which are regional jet airliners. Having this amount of aircraft means that we are able to swap aircraft to recover schedule in the event of a delay. Our fleet of aircraft are supported and maintained by a dedicated team of 400 aircraft engineers and specialists located at various key nodes within South Africa including 3 hangar complexes at OR Tambo International airport.

Our aircrews
Airlink employs a team of 450 flight deck and cabin crews, of whom 250 are proudly female. They are trained in Airlink’s own state of the art Flight Training Centre located in Bonaero Park, Johannesburg. The complex includes 3 aircraft simulators, cabin trainers and other procedural aids and classrooms providing the opportunity for comprehensive training from early ab initio crews starting their careers in flying to bi-annual recurrent/refresher training as well as type training as a part of career progression.

Airlink flights are rarely late and never cancelled
We understand that our customer’s most important criteria for choosing Airlink over other operators is punctuality. Year to date in 2019 Airlink has consistently ranked as one of the two top airlines for on-time operation in South Africa’s skies. For the year Jan 2019 – August 2019 – more than 92% of Airlink’s flights have departed on-time (an independent measure applied by ACSA - the Airports Company of South Africa). Airlink also knows that to cancel a flight without there being very sound reasons, outside of the airline’s direct control to do so, is extremely distressing to our customers because of the disruption it causes to their travel plans.

BBBEE
We are certified level 4 BBBEE. You can view our BBBEE certificate here