Located on Angola's northern Atlantic coast, Luanda is known as the cultural, administrative, and urban centre of the country. Angola is a huge producer of oil, and also has other resources such as diamonds, gold, and copper. In addition to being an economic centre for oil as there is a refinery in the city, Luanda is an industrial centre for beverage production, manufacturing of automotive products, textiles, and cement, and also the processing of agricultural products including coffee, cotton, sugarcane, oilseeds, palm oil, and kernels.

Luanda is loved for its paradise-like beaches, warm climate, and friendly people. Most of Luanda’s vibrant restaurant scene can be found along the Ilha do Cabo, a sandy strip of beach just off the shore. This is the perfect place to experience Luanda’s diverse food culture and enjoy the tropical beaches. Avenida 4 de Fevereiro, also known as Marginal, runs parallel to the Luanda Bay and is a wonderful place to take a scenic stroll and admire the architecture. The Benfica Market is a large craft market just south of the city centre where authentic hand-made goods are sold by local artisans. For those interested in fashion, the Angolan Fashion Week takes place every June and attracts travellers from around the world.

A visit to the Saint Michael Fortress provides an interesting insight into Angola’s past built in 1576. This UNESCO World Heritage site is now one of the most popular places to visit in the city. Other interesting places are The National Museum of Slavery and the São Miguel Fortress. Luanda is also a gateway to numerous natural attractions just a short distance from the city centre, including the Miradouro da Lua (Viewpoint of the Moon), Ilha do Mussulo (Mussulo Bay), and Kissama National Park.

Book Flights to Luanda with Airlink

Direct flights to Luanda from Johannesburg

Angola's capital city, Luanda, is a hub for both business and leisure travel on the Atlantic coastline. Set against the high-rise buildings of the city’s commercial centre, the Marginale promenade, sandy beaches, and the Mussulo peninsula further south, all beckon to locals and travellers alike.

WHAT TO DO IN LUANDA 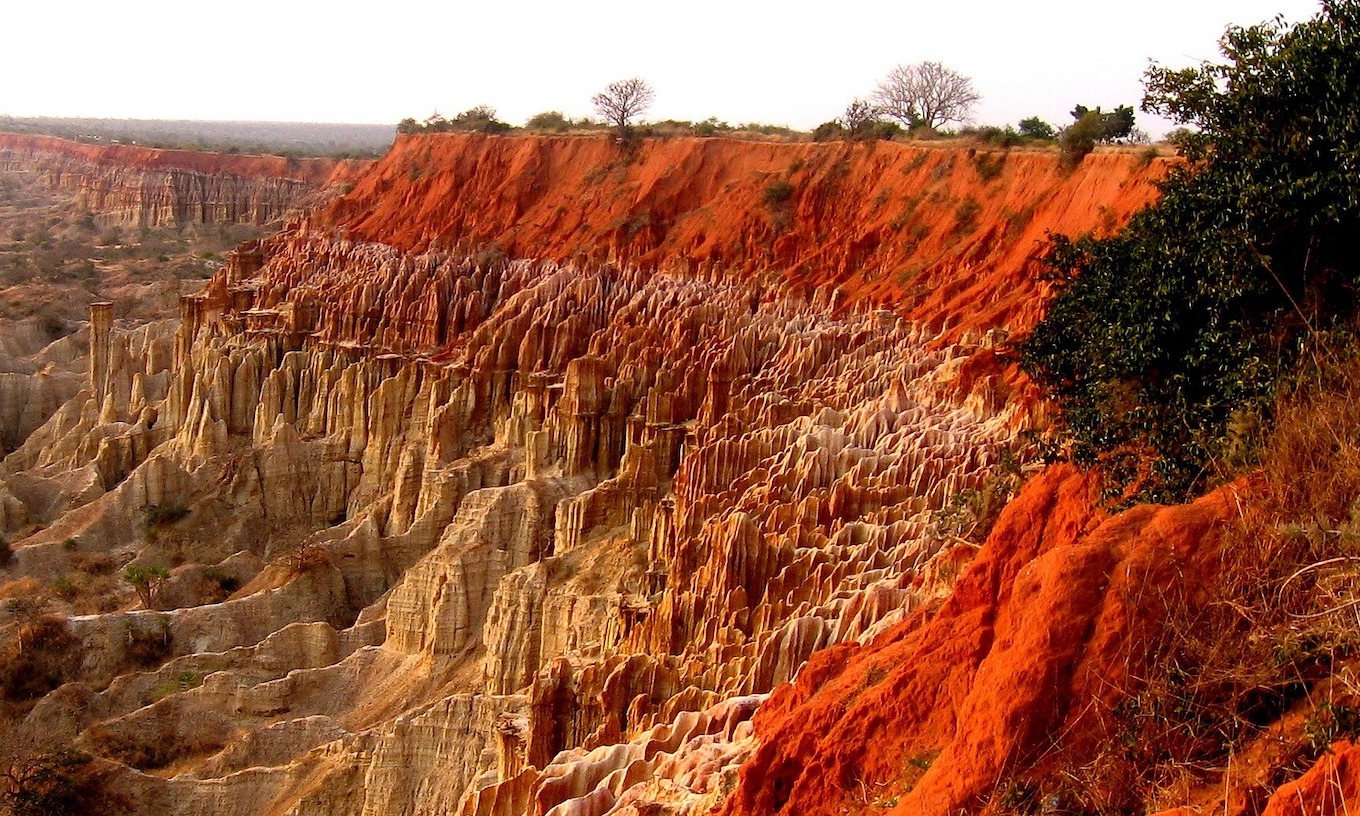 Viewpoint of the Moon

Miradouro da Lua – translated to ‘Viewpoint of the Moon’ – is a must for anyone visiting Luanda. The moonlike landscape was formed by centuries of natural erosion that created soil layers rich in colour and beauty. A breathtaking view of the sunset to enjoy on your own or in a group!

Welcome to Luanda, the capital and largest city of Angola. Join Cabanga Dikula, Radio presenter as he takes us on a tour of Angola's inspirational and contrasting capital city.